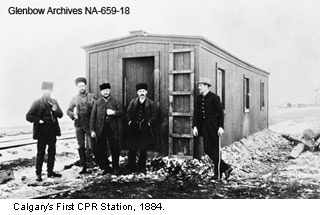 Victoria Park is an area unlike any other. Now, an established urban oasis, Victoria Park dates back to the late 19th century and, as one of Calgary's oldest communities, is rich with history.

Once open prairie used as a grazing ground by the North-West Mounted Police, the area (then known as the East Ward) began to boom when the Canadian Pacific Railway (CPR) purchased plots of land from the Mounted Police. The CPR began to re-sell these properties in lottery type sales, many of which quickly sold. By the time World War I was declared, Calgary had grown from a collection of small shacks in 1883 to a bustling modern city with a population of 90,000 in 1941. 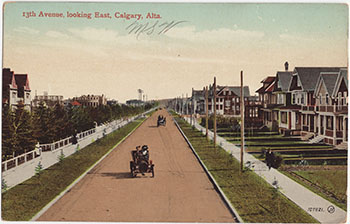 After the Second World War, many Victoria Park landmarks fell with change. A disastrous fire in December 1950 destroyed the Calgary Transit Bus Barns, and in March 1951, the building was levelled. In 1954, the Victoria Park Power Plant was declared out-of-date, and by 1957 the offices had moved.

Once the largest school in the city, with a capacity of more than 500 students, Haultain School saw enrolment drop to only 135 students as Calgarians moved towards the rapidly growing suburbs. As a result, the school officially closed in 1962. Following this, on May 12, 1964, a three-alarm fire engulfed the larger 1907 three-storey building and destroyed it completely, leaving only the original two-room schoolhouse behind.

Between the '60s and the oil boom of the '70s, several factors contributed to a serious decline in the community's overall health. Decreased property values, depopulation, absentee ownership, uncertainty regarding expansion of the Calgary Stampede grounds, competition with other areas and the classic cycle of urban decay all took a toll on the area. 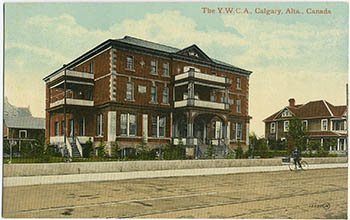 The oil bust hit Calgary in 1981, essentially putting an end to urban development for the next 20 years. The recession in combination with the constant uncertainty regarding the Stampede expansion continued to afflict the area. Over the next few years, the community's deterioration strongly influenced proposals for future development of the area.

In an effort to encourage development and revitalize a long-neglected community, a group of local business owners formed the Victoria Park Business Improvement Area in 1997. Victoria Park became Calgary's ninth BIA and the second largest BIA in the city. It helped steer the neighbourhood towards a new period of growth and development.

Today, Victoria Park is redefining urban living for Calgarians as it evolves into one of the city's most vibrant and thriving urban neighbourhoods. 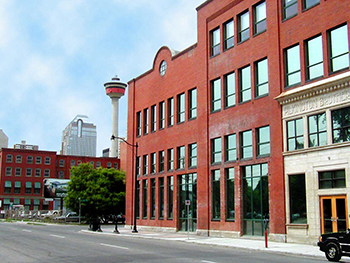 agricultural fairs in Calgary, which would become known as the Stampede. These grounds were named Victoria Park, after Queen Victoria in 1889. The success of the grounds paired with economic forces of the railway development resulted in immediate residential and commercial activity.

The area located around the Stampede Grounds was originally called the East Ward, but was referred to as Victoria Park by the neighbouring community. The Victoria Park name soon became official and was adopted by the people in the area after the abolishment of the ward system in 1905.